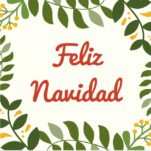 Christmas is right around the corner, only several weeks away!

Each country celebrates Christmas differently. So, with that being said, how does Mexico celebrate Christmas?

Well Christmas in Mexico starts on December 12th and ends January 6th. There are Posadas (Christmas parties) celebrated at schools, homes, everywhere, starting around December 16th up until Christmas Eve. During these Posadas, the story of Mary and Joseph is told.

A huge part of these Posadas are the piñata. A piñata is a clay or papier-mâché figure/shape that is filled with candy. They are usually look like a ball with 7 legs/peaks. (You can find some in our store). As to what happens with the piñata, I’m sure everyone is sure. You spin the blindfolded batter around a few times then let them swing! Once the piñata bursts open, well everyone races for the candy!

Christmas Eve in Mexico is known as ‘Noche Buena’. Noche Buena is a family day. People often take part in the final Posada and then in the evening have the main holiday meal.

Poinsettia flowers are those red flowers that you see everywhere around Christmas time. They are known as ‘nochebuena’ (Christmas Eve) flowers in Mexico.

On el Dia de los Reyes Magos the presents are left by the Three Kings (or Magi). If you’ve had a visit from Santa on Christmas Eve, you might also get some candy on el Dia de los Reyes! On the night of the 5th children will leave their shoes, a glass of water, and grass or something for the camels to eat right outside of the door. Then in the morning the gifts will be left by the 3 wise men.

It’s traditional to eat a special cake called ‘Rosca de Reyes’ (Three Kings Cake) on Epiphany. A figure of Baby Jesus is hidden inside the cake. Whoever has the baby Jesus in their piece of cake is the ‘Godparent’ of Jesus for that year. They also have to make the tamales for the next upcoming party!!

As you see… Mexico has some similarities when it comes to celebrating Christmas but they also have many differences! One thing that we learn from their celebration is that family and being together is a HUGE thing. So this Christmas, us here at Plaza Fabiola wish you the Merriest Christmas and a lot of time and love with your families!! 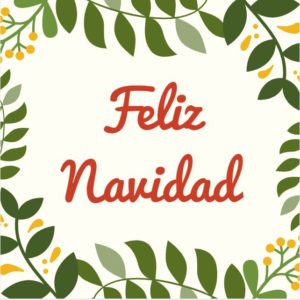 We are so happy and thankful that there was such a great turn out at our Fashion Show on Novemb ...

For the past few Fridays and the next 2 months worth of Fridays there is a Jazz show at Las Pal ...

So the holiday season is officially here. Christmas is right around the corner! So with that be ...